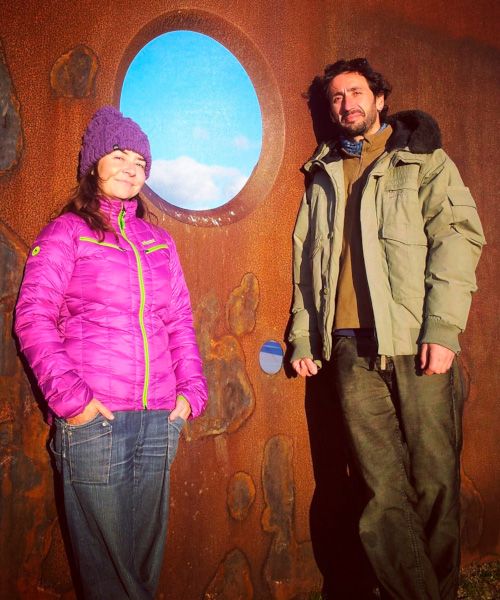 Photographer BIO:
Ofelia de Pablo and Javier Zurita are visualstorytellers in multiplatform. Their work as photojournalists, filmmakers, speakers, and writers have taken them to more than 60 countries. They’re dedicated to documenting the social, environmental and political issues that define our times.
In recent years they have been internationally recognized for their adoption of a hybrid visual narrative, producing a series of influential multimedia for several of the world's best media.
Their stories have been featured in the world's foremost print and visual media, including The Guardian, National Geographic Magazine, The New York Times, TIME, Channel 4 News, GEO, Der Spiegel, Süddeutsche Zeitung, Stern, WWF Media, The Atlantic, The Observer, Conde Nast Traveler, GQ, Marie Claire, Vanity Fair, CNN, among others .
With the multimedia tool they’ve gaining unique access to sensitive gender and human rights issues around the world. Now they have shifted their focus to the most compelling wildlife and environmental stories doing international projects with NGOs as WWF and LIFE projects in Europe in order to protect the most important wetland in Europe or to improve the coexistence between wolves and humans in their latest European project: “Sharing the Land”
As Canon Pro Masters they organize workshops and talks related to the new language of multimedia for different institutions like the prestigious organization World Press Photo or talks at European Festivals and art galleries.
Their story about “Red Gold Slavery” published at The Observer Magazine has just been nominated for the Amnesty Media Awards 2020, they were recipient of POYLatam media award and finalist award of Manuel Ortiz Foundation New York for their story about 'The Invisible Genocide' published at The New York Times. They have participated in great number of exhibitions such as the recent “Faces of Slavery” in London UK organized by The Guardian .
Explore Ofelia's and Javier's gear:
×