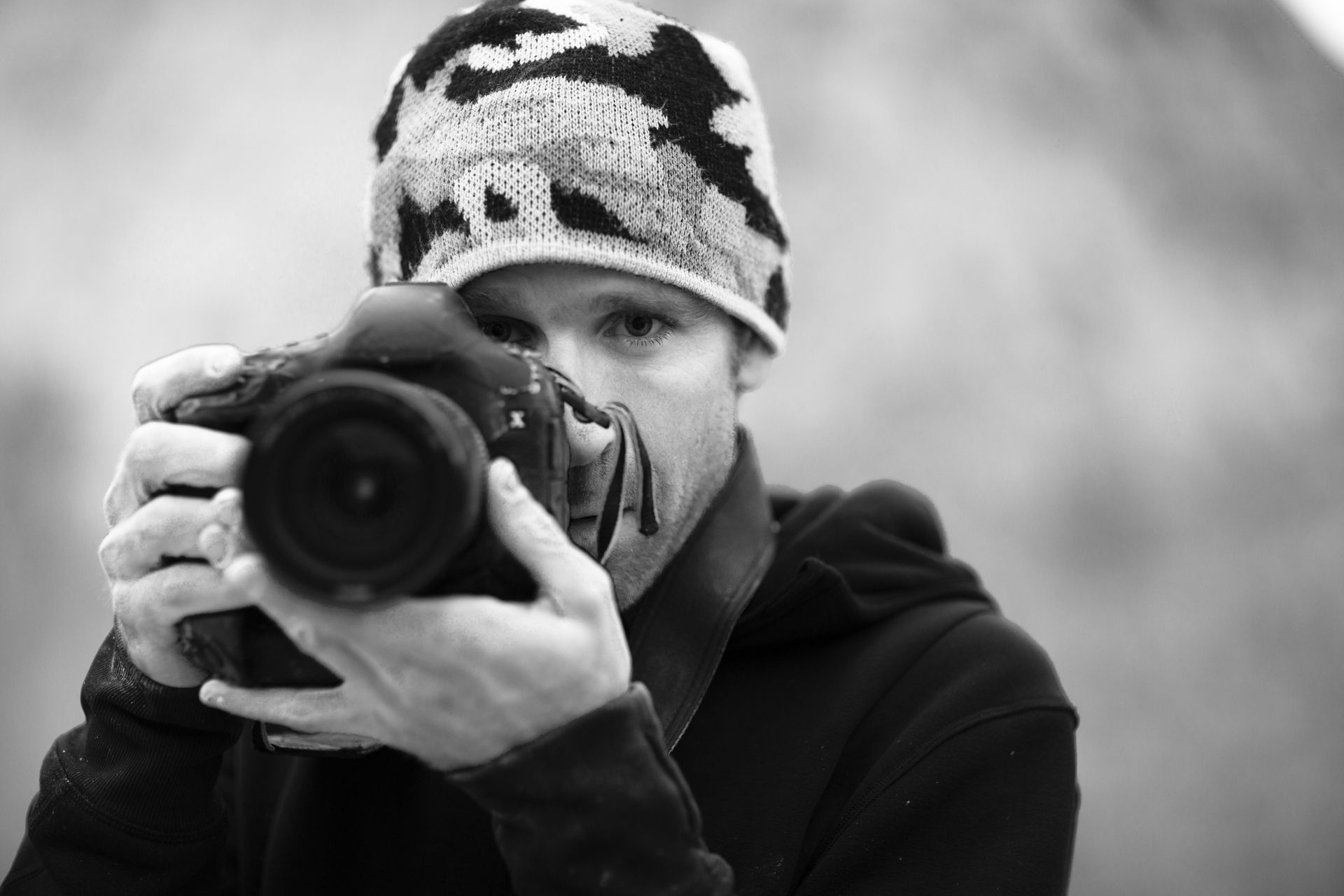 Explore the gear used in this story:

Christian Pondella is a photographer who has been part of the Staff Pro team here at f-stop for quite a while now and has always inspired his fellow photographers through his creativity and desire to push the boundaries with what has been considered possible. This feat has meant that his specific vision has been in demand from his many commercial clients and as well as the photographic press, to that end Shutterbug magazine have put Christian on the front cover with a multi page feature in their magazine. Social media has clearly taken the world by storm and photographers have been quick to catch on. That is indeed true for extreme sports photographer Christian Pondella, who has a strong following on several social media platforms, particularly Instagram.

Pondella, who is adept at skiing and ski mountaineering, often finds himself in precarious situations to photograph athletes who ski perilous slopes or climb rock faces or ice formations and even BASE jump off cliffs. “I’m right there; I’m a part of the action,” Pondella emphasized. Normally, he’ll carry two camera bodies and several lenses in a photo backpack, but climbs or skis with only one camera with an attached wide zoom lens joined to him at the hip, with possibly an extra lens in a pouch also attached to the waist belt on the opposite side. When the situation calls for it, and when the shoot site is fairly easily accessible, he may add Elinchrom lighting gear. And how did Pondella get his professional start? He happened to be skiing the same slopes as the photo editor for Powder Magazine, and they started talking. And the rest, as they say, is history. 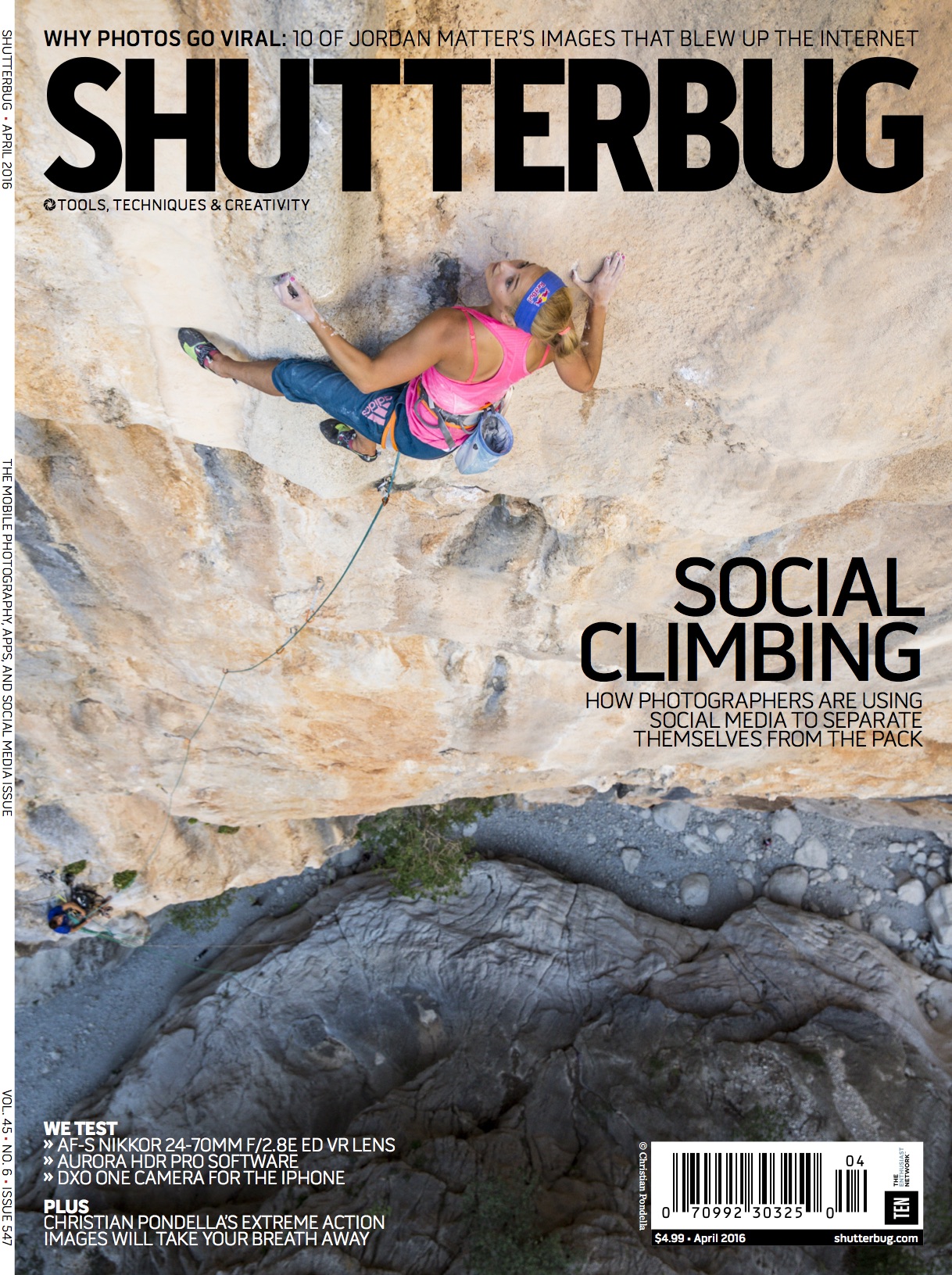 I got interested in photography my freshman year in college. I took a B&W photo class and instantly fell in love with the process of taking pictures, developing the film and making prints in the dark room. I would shoot photos with my friends when we would go skiing and climbing, as it was kind of just a natural thing to want to take pictures while having fun. Galen Rowell was my first inspiration as a photographer, as he was one of the first to pave the way for adventure photographers. Now I get inspired by all the amazing photos photographers are creating, but my ultimately it is just being outside that inspires me the most. 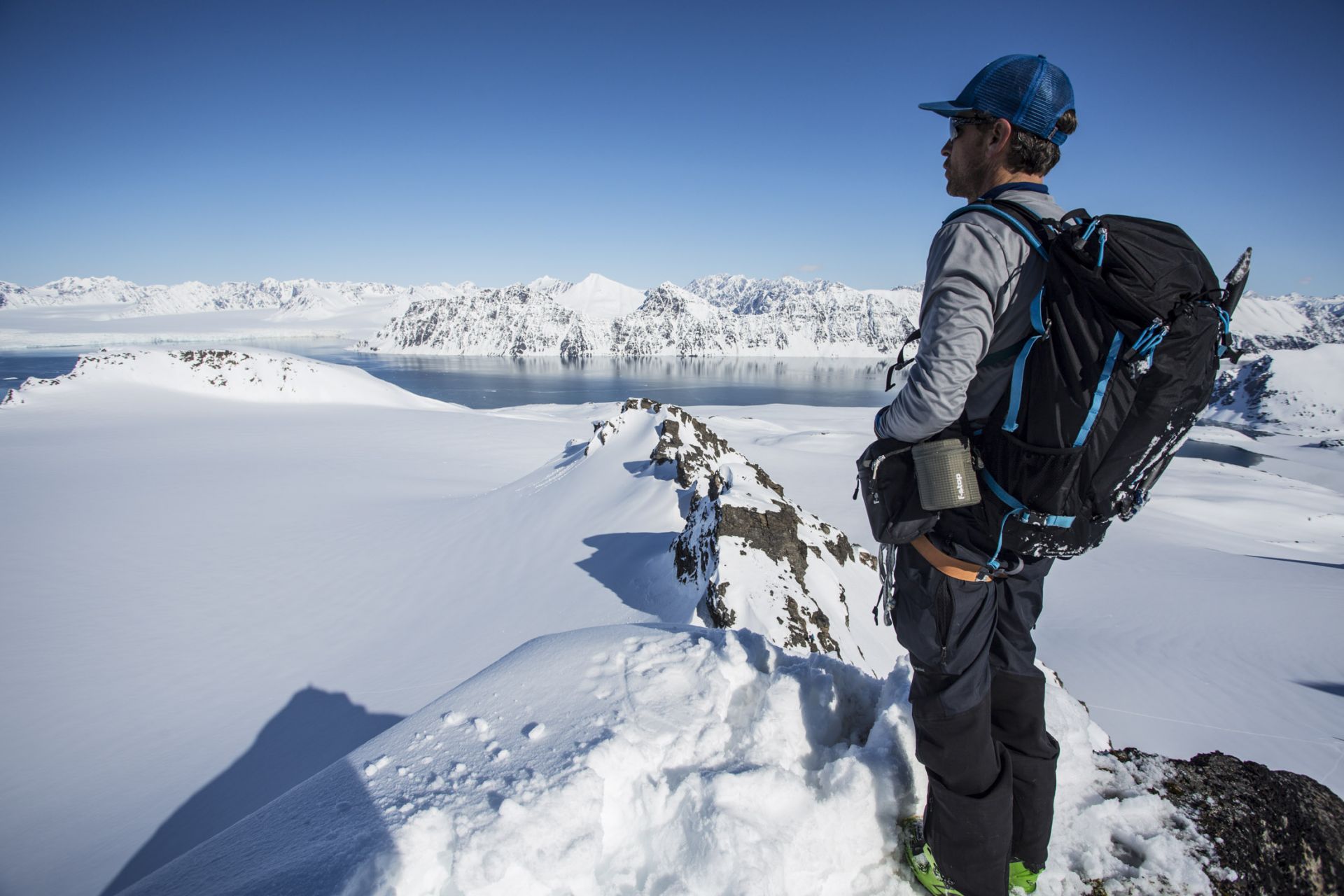 I have a wide variety of gear to choose from, I think I own about 14 lenses, 3 or 4 camera bodies, about 5-6 different flash/strobe combos, and various camera packs. It really comes down to what I am shooting will depend on what I will bring with me. I prefer to keep things as simple as I can, less is always more especially when you are running around the mountains. Obviously for certain commercial jobs when you have a pretty big shot list I will dig into some of those specialty lenses and strobes that I would probably not take with me for some of my personal projects.